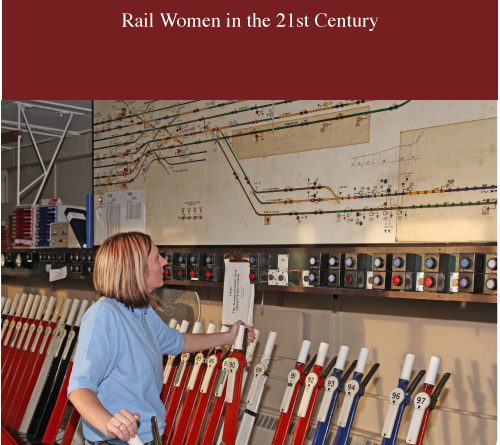 FREIGHT TRACKS contributor Jonathan Webb, publisher and owner of Chime Whistle publications, is looking to fund a new book in 2023 looking at women in the rail industry.

He writes: ” A few weeks ago I was approached by a high circulation general interest magazine to ask if I would write a feature about women rail workers – including volunteers on heritage railways.

“After a discussion with the editor it soon became clear that the feature they wanted wasn’t quite the feature I had in mind. From the magazine’s point if view they wanted a ‘fluff’ piece that was both contrived and bore little resemblance to reality. In the case of heritage railway volunteers, they wanted a “My husband thinks I’m mad” type angle. In the case of the ‘big’ railway they wanted glamour but not the grime. When I mentioned that historically women had faced many barriers when wanting to work on the railway, the reply from the editor was “Well, we certainly don’t want to talk about that!”.

Future generations
“It prompted me to consider creating a piece of work, in the form of a book, that would help inspire future generations of women to join the industry. Having shot hundreds of pictures for the rail industry, for posters, brochures and calendars, I got to know many staff. Some of these pictures will appear in the book, along with pictures that have yet to be made.

“As socially important as the book will be, it would’ve been naive to believe that such a book would ever be a commercial success – as is often the case with socially important books. However, I’m determined – with the help of supporters – to make it a reality. I will invest around £2000 in the project, which will be used for travelling costs as I travel on trains to meet staff who will appear in the book, but this amount barely scratched the surface of the cost of producing a quality book. The aim is to publish 2000 copies of a 100-page hard back book, using quality paper and pictures, along with insights from the staff featured.

“To achieve this, I will set up a Kickstart page on January 1 2023, where there will be exclusive rewards for pledges. If the target is surpassed, more books will be printed and distributed to schools, train operators etc.

“The book is called ‘If She Can, So Can I. Rail Women in the 21st Century’ the title referring to how today’s railway women are inspiring the next generation, by leading by example. It’s fitting that 2023 marks the 45th anniversary of Karen Harrison, qualifying as Britain’s first woman train driver. How long before we see a woman driving a steam locomotive on the mainline? 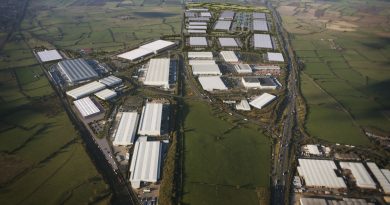 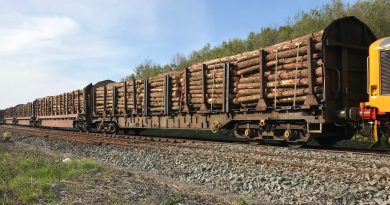 COLAS sees the wood for the traffic