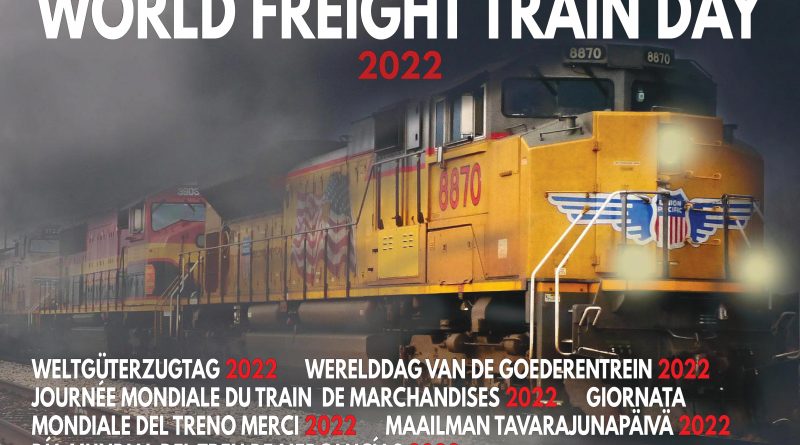 All too often, rail freight may feel it has been forgotten. This is understandable when the emphasis inside and outside the rail industry is very often focused on passenger needs. But we must not lose sight of the very important role that freight plays in our railways. That is why we have launched World Freight Train Day 2022 (WFTD).

If you had been alive two centuries ago in the third decade of the 19th century, you could have been at and witnessed the opening of the Stockton and Darlington Railway (S&DR) in 1825 in the North-East of England. Five years later, on the West Coast of England, you could also have been at the opening of the Liverpool and Manchester Railway (L&MR).

Railways have existed in some form since the 1550s, with the first examples being in mining areas of Germany, These pathways of wooden rails were known as ‘wagonways’. They were the beginning of modern rail transport. By the late 1700s, iron had replaced the wooden rails and wheels as wagonways evolved into ‘tramways’ or ‘plateways’ and became popular throughout Europe. Horses still provided real ‘horsepower’ for freight until steam-powered locomotives came into play in the early 1800s. It was at this time that the S&DR and L&MR opened.
When Freight Tracks was deciding the date of the launch of World Freight Train Day, the question arose as to what date to choose. The one thing the railway world does not lack is anniversaries. We took our time and eventually chose a date that represents a significant advance in the global rail industry – September 27 – which happens to be tomorrow.

September 27 1825 was a Tuesday and saw the opening of the Stockton and Darlington Railway (S&DR) that operated in North-East England until 1863.

It was world’s first public railway to use steam locomotives. Its first line connected collieries near Shildon with the towns of Darlington and Stockton-on-Tees in County Durham. The movement of coal to ships rapidly became a lucrative business, and the line was soon extended to a newly-created port at Middlesbrough. While coal waggons were hauled by steam locomotives from the start, passengers were carried in coaches drawn by horses until carriages hauled by steam locomotives were introduced in 1833.

The modern freight railway owes so much to the Stockton & Darlington Railway. The S&DR was not the first railway and a train had previously carried passengers, but the S&DR opening in 1825 was seen as proof of the effectiveness of steam railways as a means of the public transport. of freight, in this case coal for export and distribution by coastal shipping to the rest of the United Kingdom.

From the very beginning, a railway was about commerce. It was about moving raw materials, fuel, finished manufactured products and agricultural produce to market.

As this is the first iteration of WFTD, there has been a soft launch of the idea.

However, we wanted to plant our flag on the rail freight industry in 2022, six months after our February launch. This does not mean we are any less enthusiastic about the idea.

So what can Freight Tracks readers do to help mark WFTD? For a start, rail freight can come out of the shadow of the passenger side of the railway industry.

Many freight railway companies are keen to promote the green credentials of rail freight movements. These individual efforts are unquestionably good for the image of the industry but perhaps they can be better co-ordinated?

The green message is definitely very much of the moment but no less valid for that.

Rail freight companies can look to open their terminals, invite in local populations, including school children, into their facilities. Many parts of the rail network in 2022 never see freight trains.

On an LinkedIn post, Amine Aloui, a signalling consultant, summed up what we want to achieve with WFTD. He posted: “Whenever someone has asked me, “What do you do for a living?” I explain what a rail system is, how each engineering discipline is involved, and more details (in particular) about signalling… the most common comment is “It’s more interesting than I always imagined. I thought it was just a train running on a track.”

“If you ask students “in what field do you want to work?” they would probably say: Aerospace, automobile, or aviation…

“The railway is not boring or unappealing, it is just not known.”️

The Age of the Freight Train

“The Age of the Train” was a television advertising campaign in the United Kingdom in the late 1970s to promote rail passenger services.

Fifty years on, it is true that we can say that this is now The Age of the Freight Train. 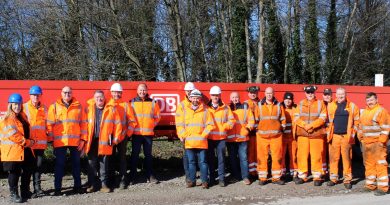 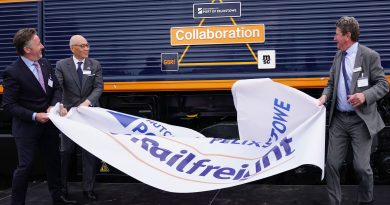 GB Railfreight celebrates two decades of operations out of Felixstowe 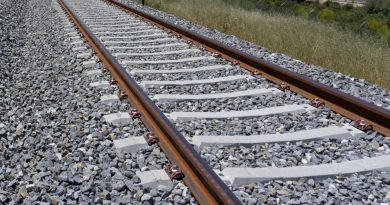 Adif tenders the supply and transport of ballast